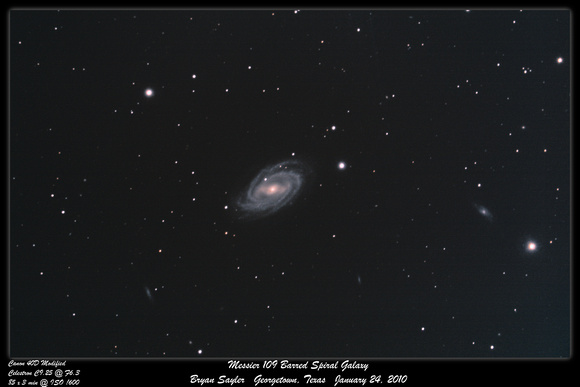 About this Object:
Messier 109 (also known as NGC 3992) is a barred spiral galaxy approximately 84 million light-years away in the constellation Ursa Major. M109 can be seen southeast of the star Phecda. M109 has three satellite galaxies (UGC 6923, UGC 6940 and UGC 6969) and possibly might have more. These three galaxies are faint but visible below the main galaxy in this picture.