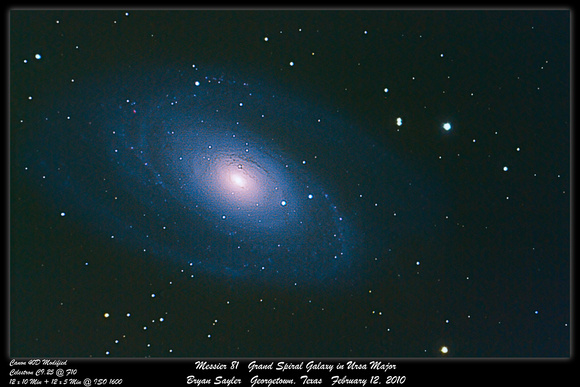 About this Object:
Messier 81 (also known as NGC 3031 or Bode's Galaxy) is a spiral galaxy about 12 million light-years away in the constellation Ursa Major. Because of its proximity to Earth, its large size, and its active galactic nucleus (which harbors a supermassive black hole), Messier 81 is a popular galaxy to study in professional astronomy research. The galaxy's large size and relatively low apparent magnitude (lower magnitude implies higher brightness) also make it a popular target for amateur astronomy observation.