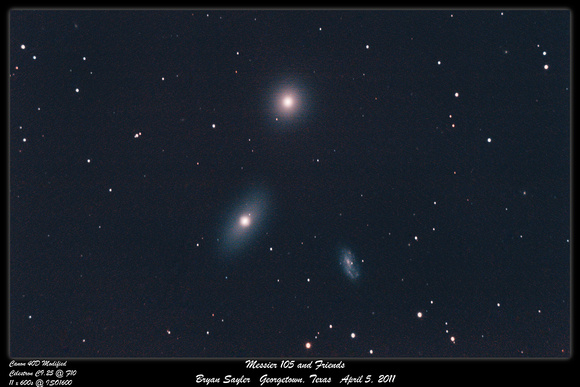 About this Object:
Messier 105 (M105, NGC 3379) is the brightest elliptical galaxy in the Leo I or M96 group of galaxies, and as such approximately 38 million light years distant. Investigations with the Hubble Space Telescope of the central region of M105 have revealed that this galaxy contains a supermassive black hole of about 50 million solar masses.