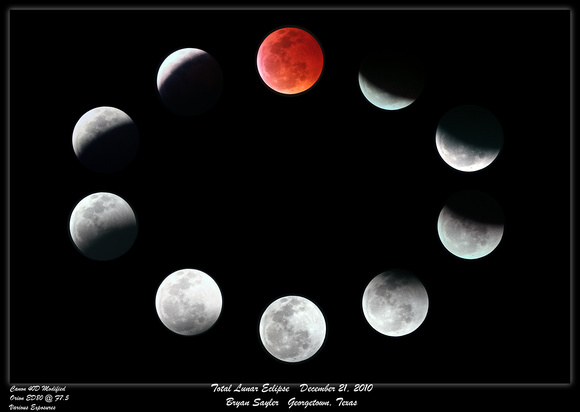 About this Object:
Lunar Eclipses occur when the moon passes through the shadow of the Earth. In North America, the eclipse was visible in its entirety on December 21, 2010, from 12:27 a.m. to 6:06 a.m. Eastern Standard Time. Predictions suggested that the total eclipse may appear unusually orange or red, as a result of the eruption of Mount Merapi in Indonesia on October 26.