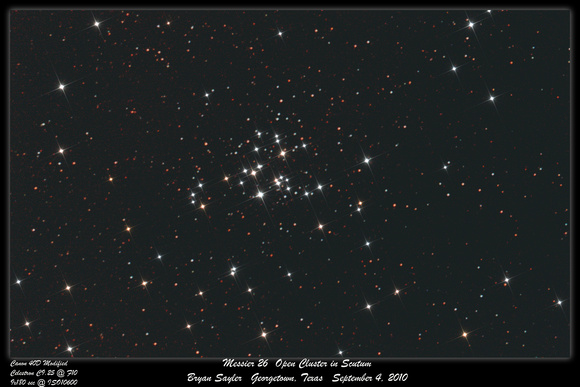 About this Object:
Open Cluster M26 (also known as Messier Object 26 or NGC 6694) is an open cluster in the constellation Scutum. It was discovered by Charles Messier in 1764. M26 spans about 22 light years across and is at a distance of 5,000 light years from the Earth. The brightest star is of magnitude 11.9 and the age of this cluster has been calculated to be 89 million years. An interesting feature of M26 is a region of low star density near the nucleus, most likely caused by an obscuring cloud of interstellar matter between us and the cluster.