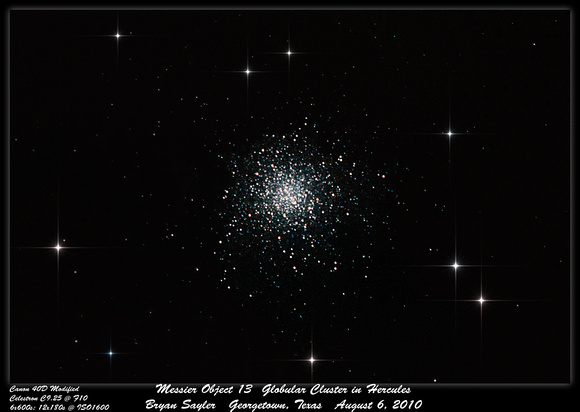 About this Object:
Messier 13 or M13 (also designated NGC 6205 and sometimes called the Great Globular Cluster in Hercules or the Hercules Globular Cluster) is a globular cluster in the constellation of Hercules. M13 is about 145 light-years in diameter, and it is composed of several hundred thousand stars, M13 is 25,100 light-years away from Earth.

About this Photo:
This picture was taken on a very hot night in Central Texas. The star spikes are not natural through this type of telescope, but I have added them for effect.