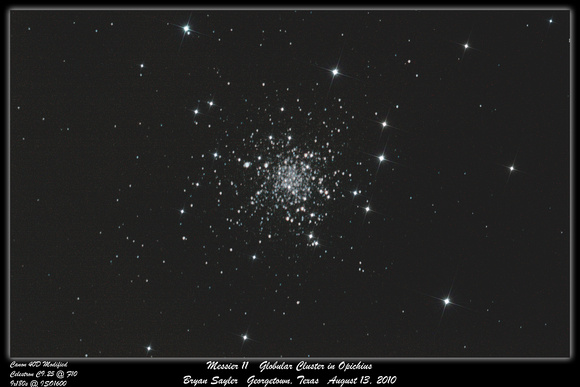 About this Object:
Messier 12 or M 12 (also designated NGC 6218) is a globular cluster in the constellation of Ophiuchus. It was discovered by Charles Messier on May 30, 1764. Located roughly 3° in the sky from the cluster M10, M12 is about 16,000 light-years from Earth and has a spatial diameter of about 75 light-years. The brightest stars of M12 are of 12th magnitude. It is rather loosely packed for a globular and was once thought to be a tightly concentrated open cluster. Thirteen variable stars have been recorded in this cluster.