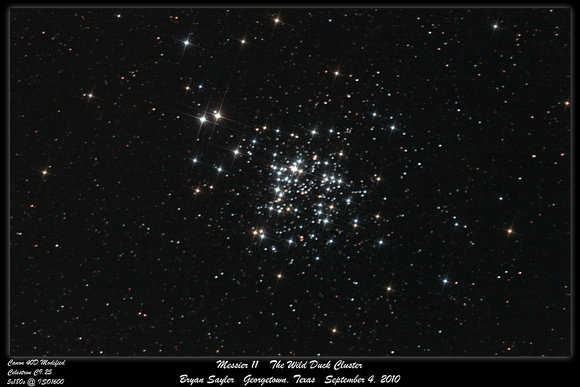 The Wild Duck Cluster (also known as Messier 11, or NGC 6705) is an open cluster in the constellation Scutum. The Wild Duck Cluster is one of the richest and most compact of the known open clusters, containing about 2900 stars. Its age has been estimated to about 220 million years. Its name derives from the brighter stars forming a triangle which could represent a flying flock of ducks.