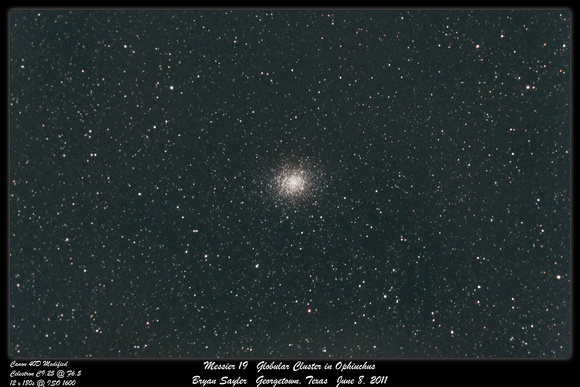 About this Object:
Messier 19 or M19 (also designated NGC 6273) is a globular cluster in the constellation Ophiuchus. It was discovered by Charles Messier in 1764 and added to his catalogue of comet-like objects that same year. M19 is the most oblate of the known globular clusters. It is at a distance of about 28,000 light-years from the Solar System, and is quite near to the Galactic Center, at only about 5,200 light-years away.