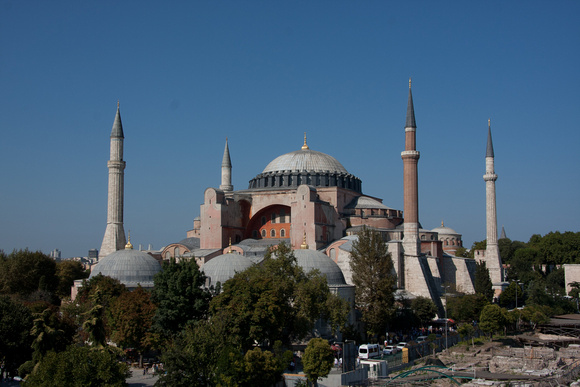 Hagia Sophia (Greek for Holy Wisdom) is a former Orthodox patriarchal basilica, later a mosque, and now a museum in Istanbul, Turkey.

The current structure was completed in 537 AD during the reign of the Emperor Justinian. This was the largest Cathedral in the world for over 1,000 years.

Originally the seat of the Eastern Orthodox Church. Hagia Sophia became a mosque after the Ottoman Turks conquered Constantinople in 1453. The mosque was converted into a museum by the republic of Turkey in 1943.

To appreciate the majesty of the interior of this building, please look at the panoramic shot. Make sure to use your mousee to move Left, Right up and down in the photo.
Bryan Sayler
Powered by ZENFOLIO User Agreement
Cancel
Continue